Articles from a Yoshino Immigrant Part 1: The World of Yamamori – Walking Through The Forest of Yoshino With a Yamamori

This is the forest managed by Mr. Nakai, a yamamori (guardian of the forest), which is featured in the movie “Vision,” directed by Naomi Kawase. The people of Yoshino have lived with trees since ancient times. Drawing from 500 years of history, the first methods of Japanese tree planting originated in Yoshino.

From the time of the Muromachi period 500 years ago, which was a turbulent era of war, the people of Yoshino have planted trees, maintained the mountains, and lived in harmony with the mountains.

I first learned about the “yamamori” profession after moving to Yoshino. It is a profession with an inbuilt system unique to “Yoshino Forestry,” and is essentially about maintaining and managing forests on behalf of mountain owners.

Mr. Nakai is a 7th generation yamamori from a family that has been maintaining the mountains since the Edo era, looking after 200 hectares of land for about 3 landowners
The reason it is “about 3” is because the owner of a mountain is not easily distinguished and therefore you cannot just say “this is Mr. ◯◯’s mountain.” Nonetheless, a yamamori’s responsibility is to look after the land.

The flow of time in the mountains is different from that of the human world, so it is very difficult for a yamamori to accomplish all his work within the time of his own generation alone. Yamamori should not pursue profits and immediate gratification. Instead, their job is to be a part of a tradition that follows the flow of time, like a stream feeding into a river, yamamori work to eventually impart their knowledge on to the next generation.

In the old days, the value assigned to lumber was high, and the trees of Yoshino were known to be of especially good quality, so demand was enormous and having a forested mountain became a valuable asset. The owners invested in the mountains without worry and were able to provide yamamoris sufficient reward for their work. The economy was spinning without any effort.

However, as it became possible to import cheap foreign lumber after WW2, the value of Yoshino’s high quality wood became about 1/5 to 1/10 of what it once was.
Nowadays, even if yamamori put a lot of effort into raising healthy trees, by the time the trees are grown and ready to be harvested their value may have already dropped significantly compared to when they were first planted. The owners of mountains may no longer be able to pay for outsourcing the maintenance of their land to yamamori, leading to some owners abandoning their land entirely.
If someone gives up on their land, it affects the entire mountain. One big problem in Japan is that the amount of mountain land being abandoned by their owners is on the rise leading to a lack of proper maintenance of artificial forests.
If land owners lack profits, money will not flow to the yamamori, leading to a situation where only dwindling numbers of people know how to do the work.

“If our generation gives up, our children will not have the ability to choose whether or not to be a yamamori. We’ll have to keep yamamori traditions going to leave our future children with a choice on how to live,” says Mr. Nakai.

Properly groomed trees. A mark is left to communicate info about who is maintaining the area.

Pruning is necessary to grow good wood.
About 6 to 7 years after planting the trees, yamamori workers cut off their lower branches. This is what makes the trees grow so straight, creating Yoshino-quality wood with few knots. Conversely, trees that grow without pruning at the appropriate time lose their value, which has a negative impact on the future of the industry.

The future for Yamamori

“Working only as they did in the past, the economy will not spin and the mountains cannot be maintained.”

So, Mr. Nakai is trying to diversify his work.
One example is in utilizing unnecessary sawdust for enzyme baths and compost. He also plans mountain walking tours so that people can experience the blessings of the mountain and form a connection with the great outdoors. He also uses the logs of cypress for oyster farming, intentionally trying to create a connection between the mountains and the sea.

He proposes various ways to interact with mountains based on the concept of grasping the problems of mountains as “circular” (rather than just as isolated points), which demand a larger perspective to fix.

Mr. Nakai says, “if there is artificial forest that cannot be maintained, it is necessary to restore it to a natural state.”

I heard that once people insert themselves into the biology of something, they have to keep taking care of it. Natural things can continue their own cycles of life, but once people have broken that cycle, we have a responsibility to deal with the consequences, even if we no longer need the resources we sought when we initially intervened. We have to take responsibility for returning the land to a natural state.
The government is aware of the crisis and designing various solutions in response but it is difficult to implement them. From now on, we need someone who has the wisdom to implement these solutions in an effective way.

Speaking of waterways, Mr. Nakai told me that “they must not be ignored.”
If a construction company lacks knowledge on how water flow works in the mountains, the waterways will be destroyed and will instead divert to somewhere else, causing erosive damage.

Even when hills are artificially hardened after a landslide occurs, it is just addressing a symptom of a larger problem. The actual cause has not been resolved, so landslides will continue to occur.
It is a problem that is happening throughout the country of Japan.

Human beings are the same.
When you get ill and take medicine, you will temporarily recover. But if you do not solve the cause, you will get sick again. People and mountains are the same. As I walked in the mountains, I felt that there are various problems we need to deal with.

While eating lunch in the forest, we continued to talk.

“If people have a meeting in the woods, forming a circle and sitting down on stumps, they might see things differently.”

If you are talking about the problems of the mountains in the middle of the city, you can hardly feel what these problems actually are.
When you come to the mountains and feel the relationship between yourself and nature, your perspective changes.
Mr. Nakai cherishes the idea of “getting close to each other and thinking in the field.”

Things that each one of us can do

Start with walking and feeling the mountains, and realize that we are all part of the cycle.
Feel that we are connected and living together.
Walking in the mountains made me feel like this.

There is a “Yoshino Yamamori Tour” sponsored by Mr. Nakai. (Held irregularly)

A special bento lunch, developed for the Yamamori Tour, is included. Lunch in the mountains is exceptional. You can take the original bento box home with you as well.

“Mountains are our origins. I want to teach about mountains and trees from within the mountains of Yoshino.”

Illustrator / designer. Sometimes a shaved ice shop operator. Immigrated to Yoshino with my two cats in the spring of 2019. I’m trying to spend my time conscientiously while paying attention to the things that happen by chance and the things that are inevitable. 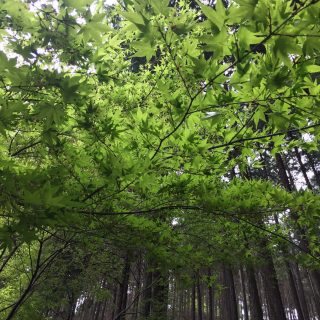 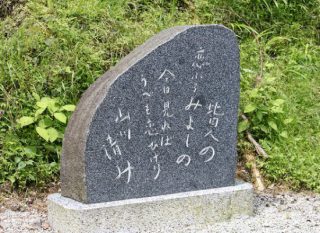 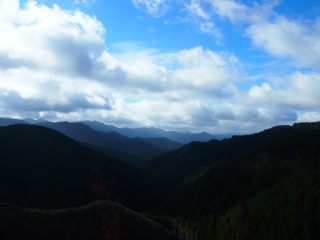