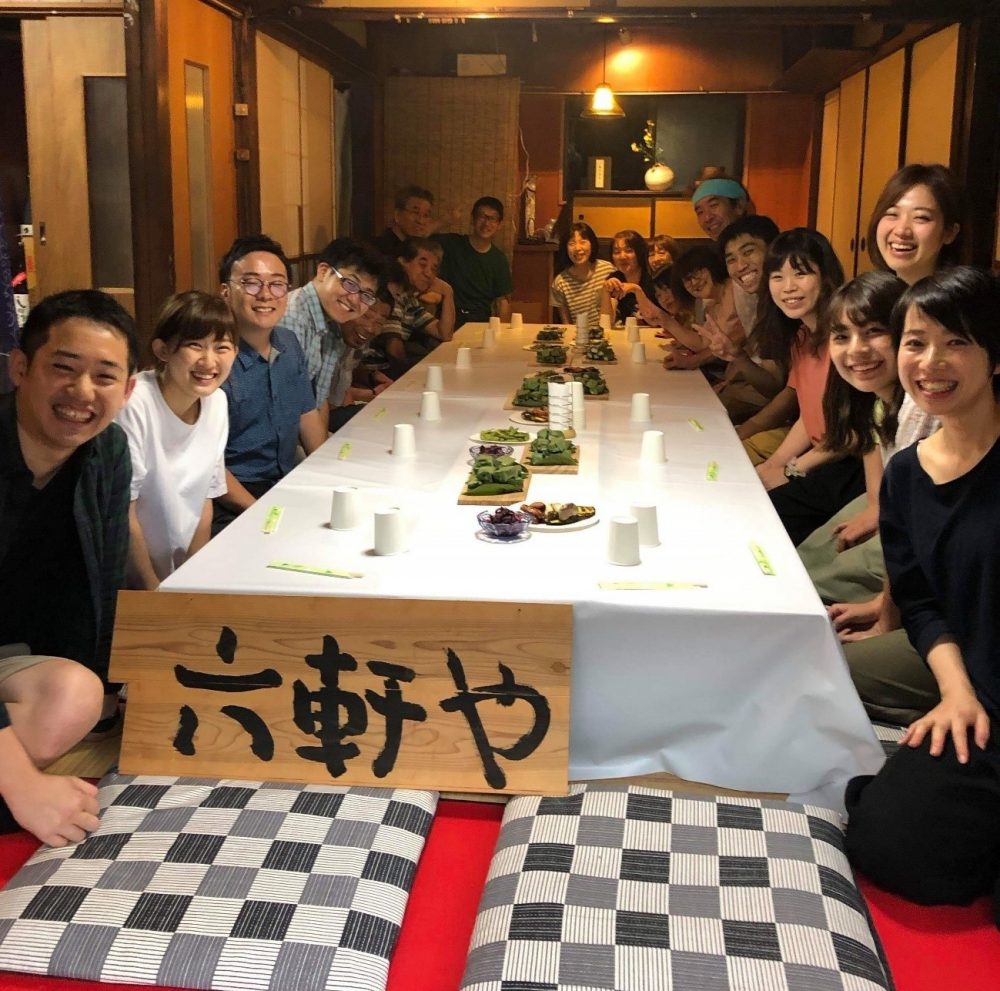 “Rokken-ya” : A Gathering Place in Kamiichi Created With Local Love

The person I want to introduce in this article is Mr. Yoshitsugu Shima, a 61-year-old man who lives in Yoshino.

Possessing a slim body from his time as a volleyball player during junior high and high school, he also has a thick chest and tanned, fearless face. The towel wrapped around the head gives off the aura of an active craftsman. He doesn’t look like he is 61 years old at all. 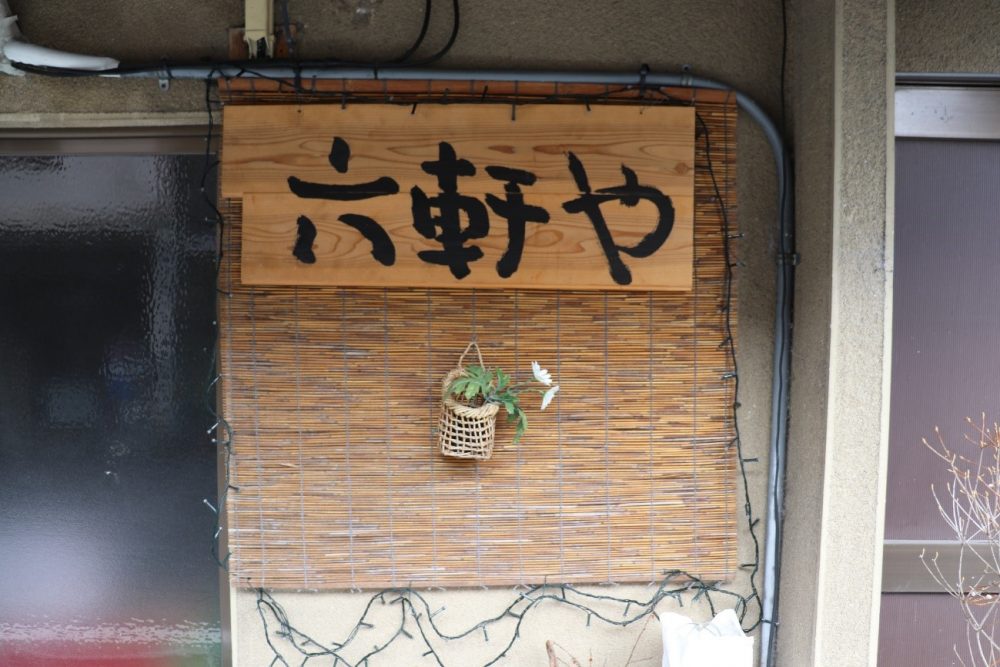 He is a hot-blooded and energetic man who was born in Yoshino and has spent his life here as a waterworks worker. He is currently working on enlivening the area using an old folk house called “Rokken-ya.”

So, what kind of activities is he doing?

A few minutes walk from Yamato-Kamiichi Station, on the corner of the townscape where the image of the Showa period remains strong, there is a sign on which “Rokken-ya” is clearly written in black on a board of Yoshino cedar wood. Looking into the house, I saw a curtain on the back of the building with tin products and bottles of sake placed around like decorations. 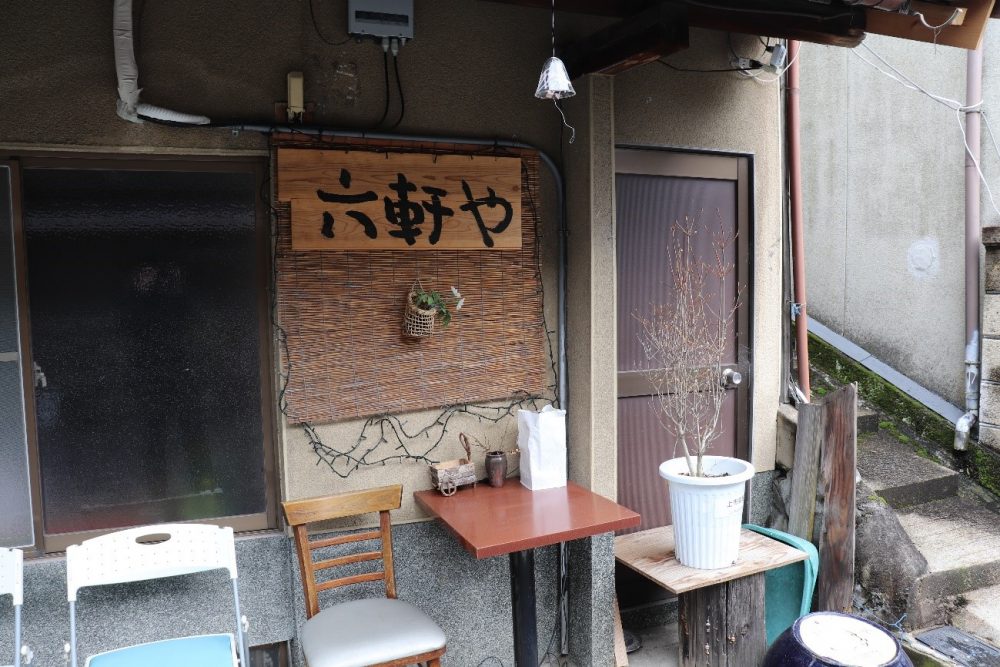 Well, is this a pub?

I paused in thought for a moment, but then Mr. Shima showed up from the house next door saying, “Don’t hesitate, come in!”

As I followed his recommendation and entered, I felt the profundity that is peculiar to an old house. It was a mysterious space with a stylish atmosphere, invoking feelings of nostalgia. 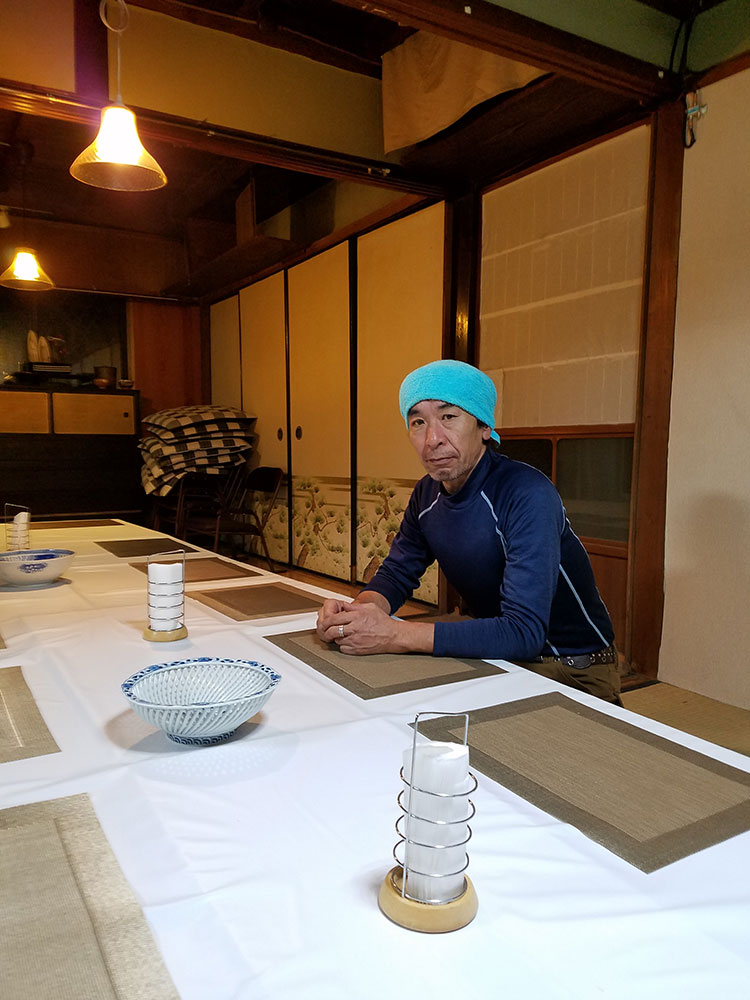 He said that he remodeled the house (which Mr. Shima’s parents had lived in), a few years ago for the purpose of making a space that people could easily gather in. To put it in a modern way, it is a privately run “community house.” He also wrote-out the signboard himself.

So why did Mr. Shima create a space where people in the area could behave in a  hurly-burly way?

Full of love for Yoshino

The name “Rokken-ya” comes from the fact that it is located in an area called “Rokkencho.” Mr. Shima’s home is next to Rokken-ya and there is a sign outside his house which reads “Kanagawa Works.” Kanagawa is the name of a long-established store that has done waterworks and gutter construction work for four generations. It has always been an indispensable construction shop in the local area and there are still tin products around from Mr. Shima’s grandfather’s generation.

Rokken-ya faces the old Ise Kaido Road and when Mr. Shima was a child, there were shops on both sides of the road that were packed with shoppers coming from the local neighborhood. But now that aspect of this area is being lost, and like other aging towns, it is becoming quieter. 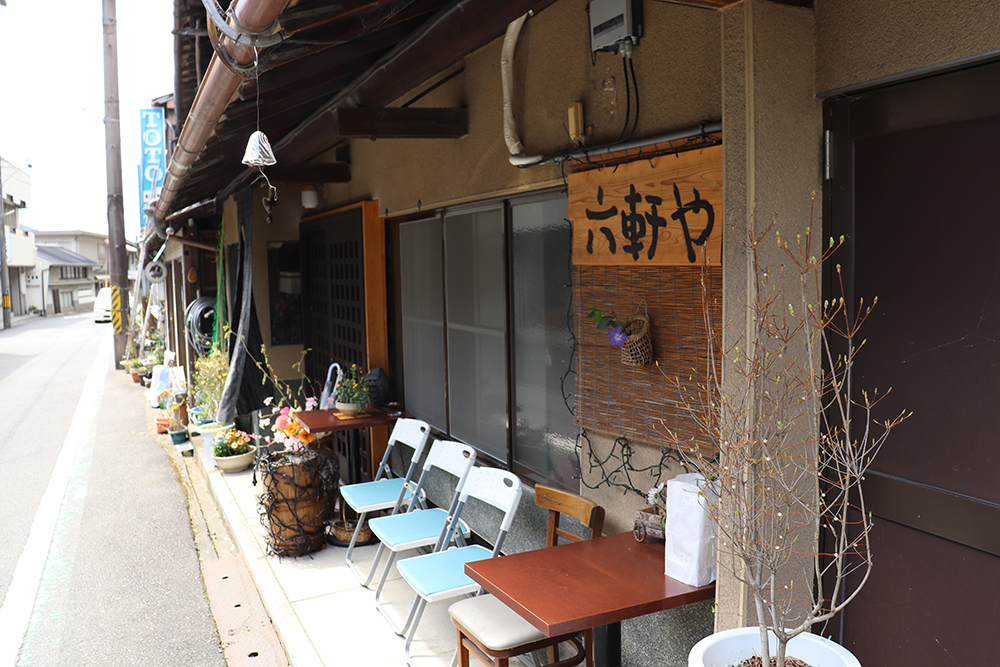 This is definitely not good!

The turning point came when he started participating in youth group activities and was appointed as the leader and he started working on various things. By taking care of the area, he once again felt the charm and strength of Yoshino.

After all, Yoshino is a good place.

That’s right, Mr. Shima woke up to local love. He met his wife in the youth group and now he is the grandfather of four grandchildren. With his wife’s understanding and cooperation, he desired to “regain the bustle of my childhood.” 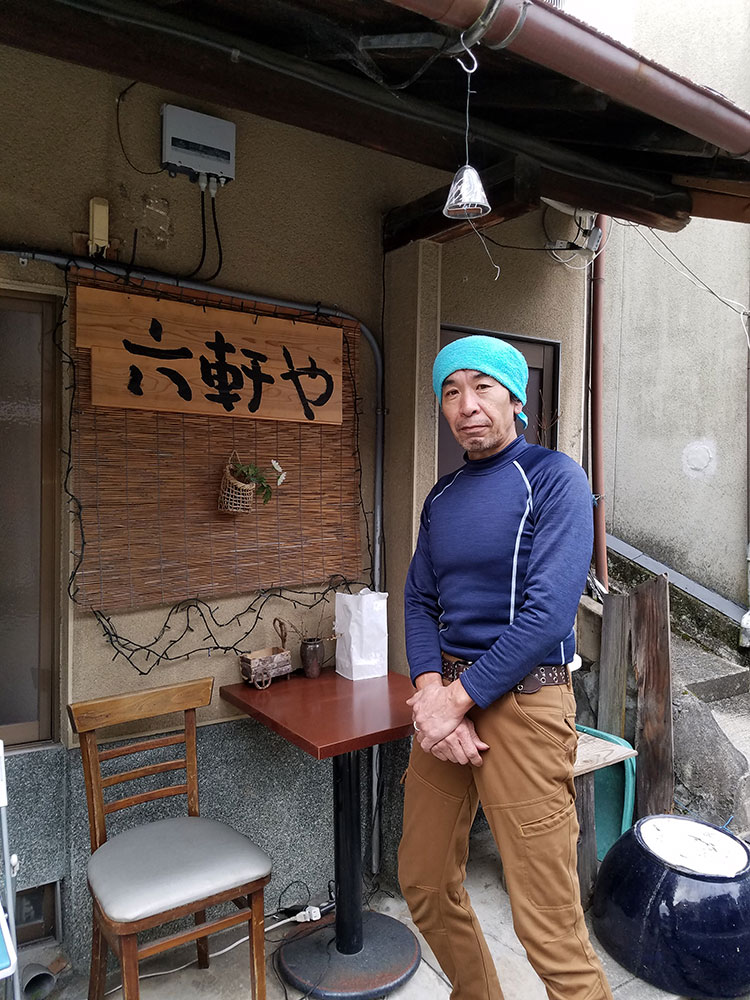 With this goal in mind, he opened Rokken-ya three years ago, and needless to say, it became a place of relaxation for his neighbors.

Of course, lively drinking parties are also frequently held here. In the mid-autumn months, his wife’s handmade food is served and on the other days, a karaoke competition is held.

However, Mr. Shima’s aim was not limited to this.

Every year on the last Saturday of July, a festival called the “Yoshino Hometown Cheerful Summer Festival” is held. At this festival, papier-mache dolls called “tateyama” are displayed to delight attendees. Mr. Shima is the chairman of the “Rokken-cho Tateyama Preservation Society,” which was established to protect the dolls and the tradition. Every year, this group has a meeting with local Yoshino people at “Rokken-ya” for the festival.

In other words, “Rokken-ya” is also a place to gather the wisdom and experience of local people through festivals and put them into one form. Through these steady activities, everyone’s love for Yoshino in the area has deepened.

Exchange across generations and countries

Recently, a groundbreaking event was held for Mr. Shima that would show him a new way forward.

In the summer of the first year of Reiwa (2019), young people who love traveling started coming to Yoshino as part of the travel tour TENJIKU program conducted by the Tokyo-based company “SAGAJO” and the Yoshino Town Hall.

The people of Yoshino town were asked to welcome these travelers, so Mr. and Mrs. Shima were very enthusiastic to help in this as well. As a result, an exchange event for this program was held at Rokken-ya with the help of local ladies of the neighborhood and Mr. Shima’s friends. 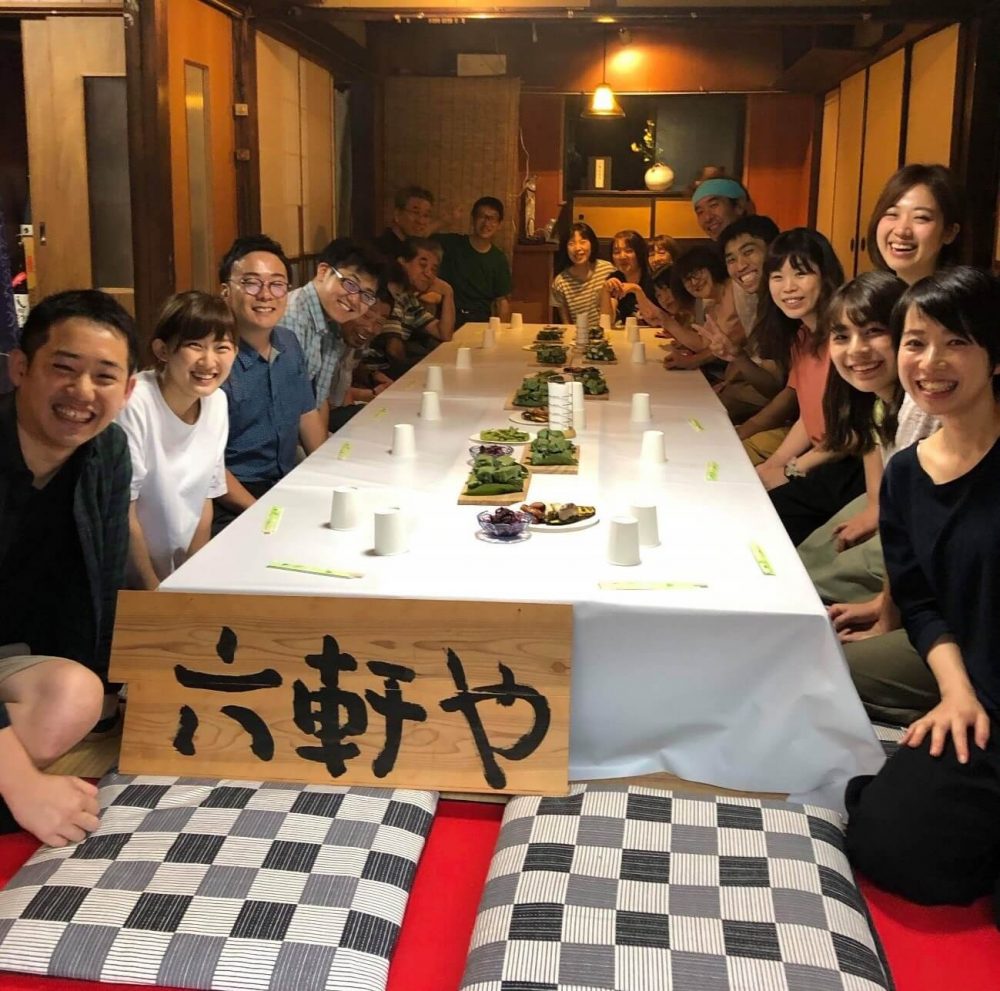 However, something beyond Mr. Shima expectations occured…

The energetic elderly people, who heard that young travelers were coming to Yoshino Town, were willing to take on the role of welcoming them. And when the travelers left Yoshino, they expressed their gratitude to these local people saying, “I got all the energy from Yoshino Town!” to which the teary-eyed elderly people responded by saying, “Oh no no! It was us who got the energy from you.”

There was something hot in Mr. Shima’s chest.

“I want many people to come here from all over the world and I want everyone to connect!”

Strike while the iron is hot! Mr. Shima is now making plans for how to attract visitors with other like-minded individuals, such as those involved in the town government office and the owners of local accommodation facilities.

Rokken-ya is a revitalized old home that is now booming with activities and is Mr. Shima’s treasure. I hope Mr. Shima will continue to play an active role in the invigoration of Yoshino Town’s Kamiichi area as well as the rest of Yoshino.

Since retirement, I have traveled around Nara prefecture to write essays while growing vegetables in the field behind my house. 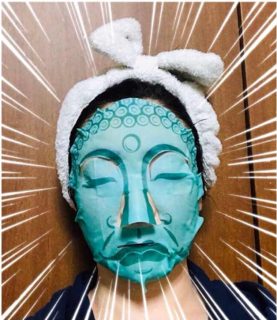 Nara Cosmetics Recommended by Me, … 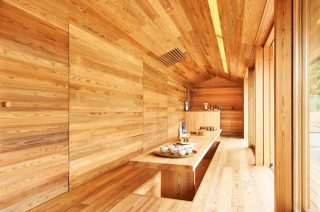 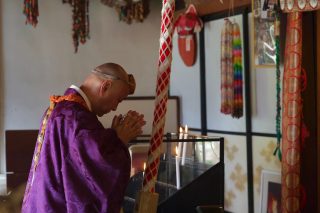