Super Indoor Girl Challenge: The Debut of the Mountain Girl Self (Ryumon Course)

In this article, I, a super indoor-oriented girl, write about my continuing debut as a “mountain girl” in challenging myself to climb Mt. Ryumon-ga-dake,” the highest peak in the town of Yoshino (904m above sea level).

As I thought it would be impossible to challenge Ryumon-ga-dake without some preparation, I decided to first walk “Forest Therapy Yoshino / Miyataki Manyo Course” from Miyataki. This course is usually done from Yoshinoyama, which is easier being mostly downhill. Naturally, walking the course in reverse means a steep ascent.

I started this course from the Manyo Monument located in Kisaya. For this article and publicity for the Yoshino’s Forest Therapy Program (I am the organizer of the program in Yoshino), I decided to take photos of forest views and small plants while walking. Finding myself repeatedly distracted by the flowers at my feet, I often bent down and took pictures of them, using extra muscles without even knowing it. As a result, I ended up being exhausted 1/3 of the way through the hike. Regardless, I managed to complete this course without fail. 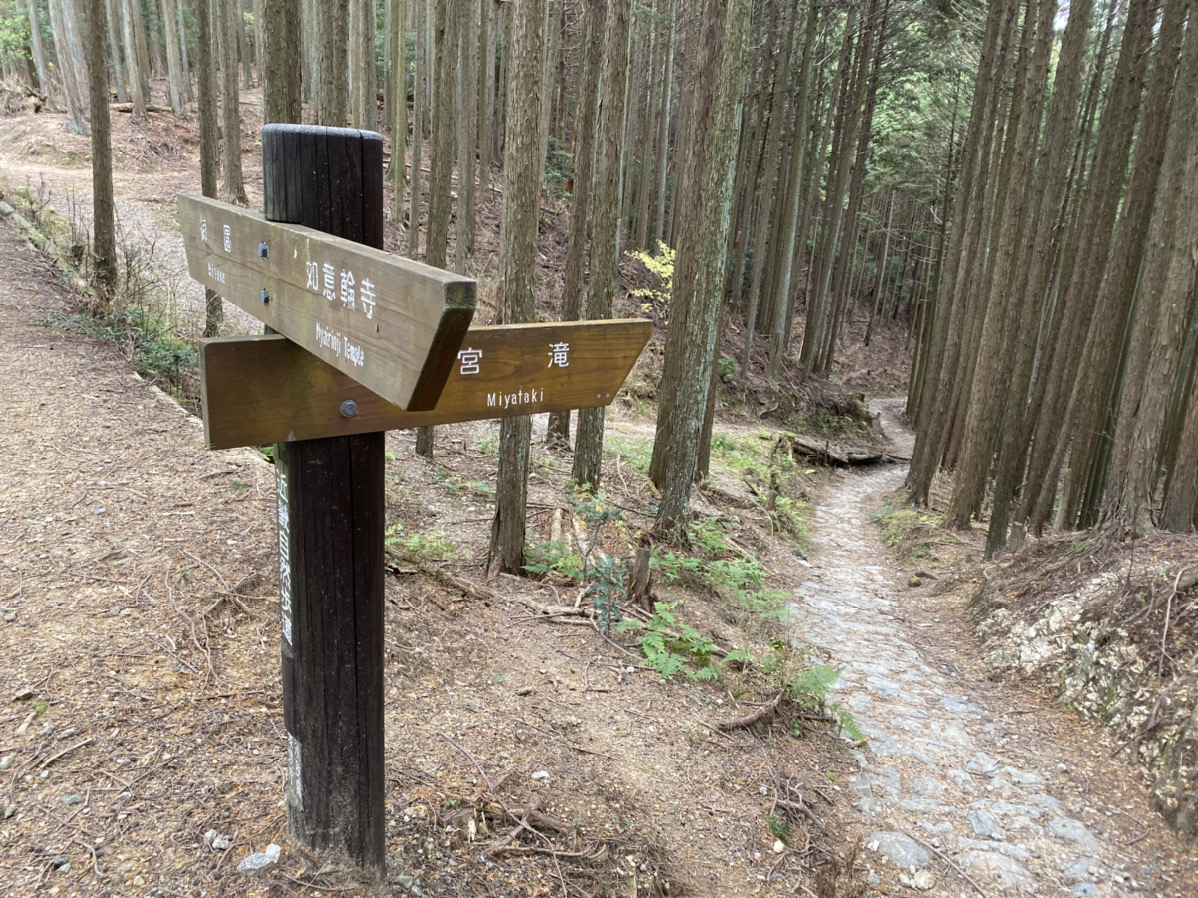 After that, as other opportunities to walk through the mountains arose (such as forest maintenance work and attending to the needs of customers of the Yoshino Forest Therapy program, my endurance gradually increased and the times I got to a point of breathlessness decreased. Little by little, I learned how to walk in the mountains.

Time had passed and the seasons changed from spring to summer. The day on which I would climb Mt. Ryumongadake had finally come and I was so excited! I could not imagine having such feelings just a few months ago. I don’t like sweating and usually never wanted to go out in the summer; but here I was, wearing a towel around my neck, carrying my backpack and walking with a spring in my step. It is true that people can change.

Heading for the trailhead, I started from the “Yamaguchi Shrine, ” which is located along the route of another Forest Therapy road in Yoshino Town. At first, the route followed an exposed, flat road, but when I entered the forest around the shrine, I found myself surrounded by cool air, and the summer heat softened at once. 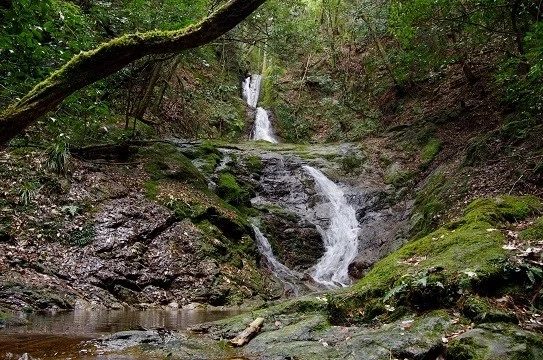 After praying for the safety of the trip at the shrine where a god of the mountain is enshrined, I walked for a little while and was welcomed to the mountain by the sight of “Ryumon Waterfall.”

The path gently sloped uphill, and I was able to enjoy listening to the murmur of the brook and taking pictures while still having fun.The sunlight passing through the trees created a fantastic landscape and that made me think of the power and existence of things that I have no knowledge of.

Unlike artificially made or trimmed shapes, the beauty of nature was difficult to express through the photos I took, as the images did not seem to be the same as my eyes saw them.
“But that’s why it’s worth going there” I, an “ex-indoor girl”, thought and realized a little bit of my own growth. 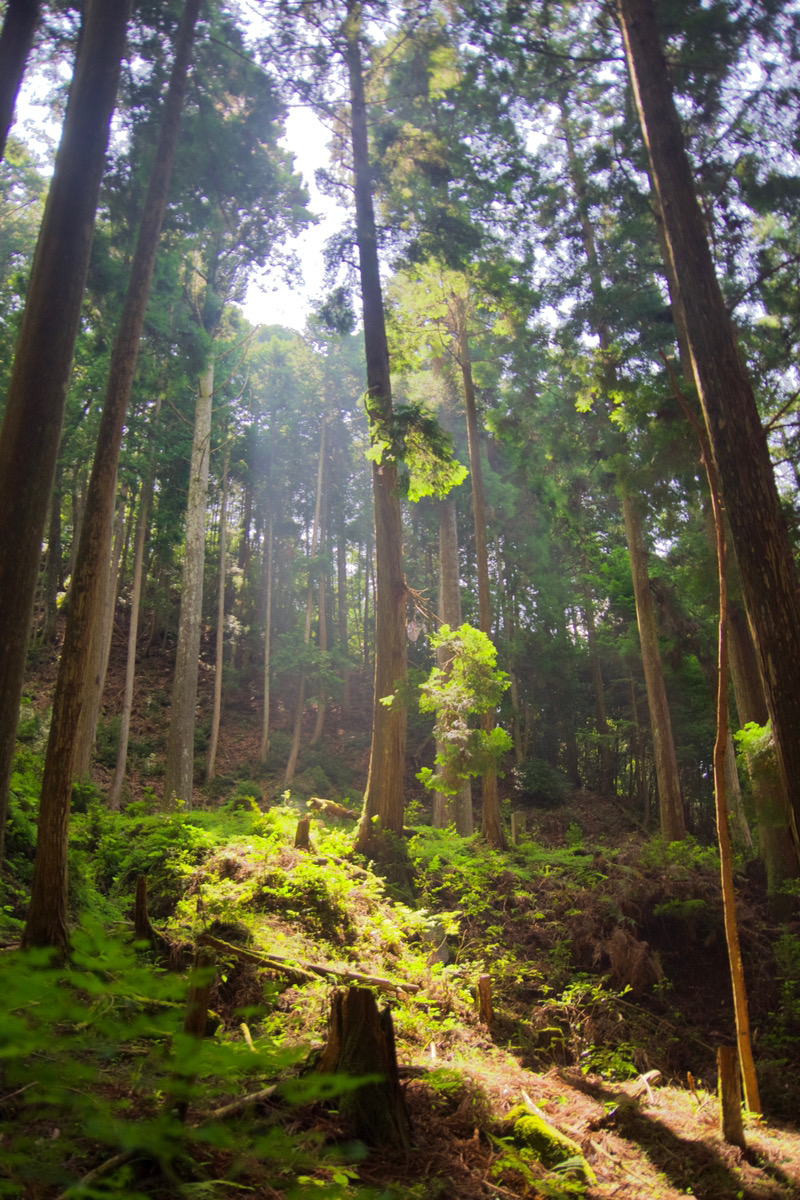 As I walked while having fun, the slopes gradually became steeper, so I determinedly stepped ahead while thinking of the goal of the invisible summit.

While struggling with wasps and fighting with spider webs that occasionally blocked the way, I did my best to encourage myself and keep walking. I took frequent breaks and drank lots of water. After taking rests, I found it very difficult to get up again. However I thought it is important to give my legs a little break time along the way, making sure I didn’t overdo it.
There were many points where I felt joy, thinking I had finally reached the peak, only to find it was not true as the mountain, along with the forest, had deceived me. Despite all this, I eventually reached the peak of the mountain! 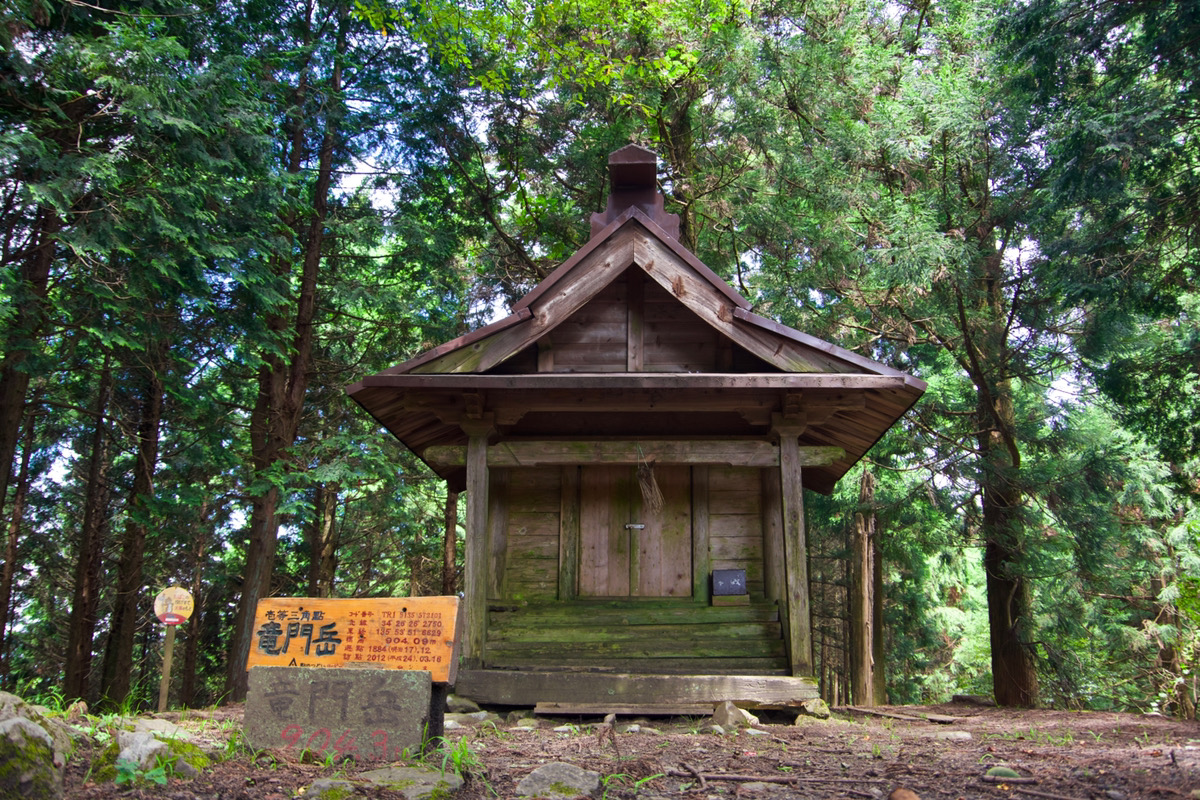 At the summit, there was a small shrine which seemed to be waiting for me with its hands wide open and saying “welcome, this is the top!”.
It was a tree-covered but beautiful area. I could not view the surrounding mountain scenery but I could sense the area was well taken care of by local people. .

However, this was not the end of my journey; as I had climbed the mountain, I had to go down, too. This time, I went down a road toward the area of Mizu.

Immediately after going down, I suddenly came out to an open place where a giant steel power pole stands. I, a “former super indoor girl”, felt fascinated by the tower, and fell in love with it. Aside from the guilt that I felt by being fascinated by a thing of artificial beauty after being enthralled by the beauty of nature, I felt exhilarated by going out into an open area after hiking such a difficult trail up the forested mountain.
I continued to go down the mountain after that, but my shins became painful, as was the case when I hiked the Miyataki Manyo Course.
It was a harsh mountain path for the “former super indoor girl, ” as I nearly slipped on the wet road after the rain and was surprised by the sound of deer calls in the immediate vicinity; but I completed the return journey safely nonetheless.

After climbing Mt. Ryumongadake, I was filled with a great sense of achievement.

But now, I have conquered the highest mountain in Yoshino, what will I challenge next?
Had the time come to move on to the next level of “mountain girl?”

Continues to “Super Indoor Girl Challenge: The Debut of the Mountain Girl Self 3 (Aonegamine Course)”. 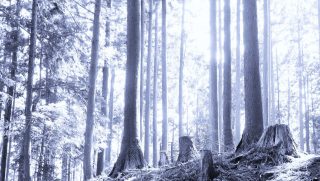 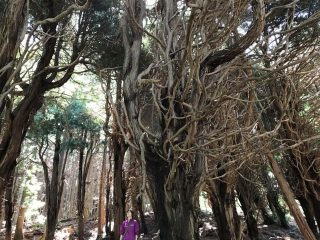 Mt. Yoshino's Charm as Told by a G…